MONDAY DIARY: ALMOST EXCRUCIATINGLY TRUE STORIES: FURTHER PROOF THAT GOD CAN BRING GOOD OUT OF ANYTHING

So I go to the postoffice today and get in line with everybody else.  It is pretty darn quiet - a tad louder than a library when all of a sudden this lady cries out: 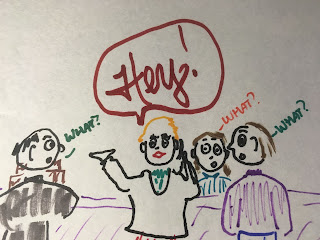 Literally (and I don't use that word lightly) EVERYBODY in the room jumped, turned and said, "WHAT?"  The lady was just on her phone talking her heart out.  "So I said to Teddy - oh wait, you're Teddy!  Ha ha!  Well, I said to Toddy . . . "

After she (eventually) got off the phone the man in front of her started to tell her a humorous story about how he was in a store and this lady was on a phone and how it disturbed everyone around her. 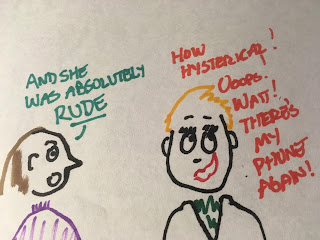 I don't know if she really didn't get it or if she was just playing ignorant so she could go on talking on her phone.  And get me, she wasn't just talking on the phone she was broadcasting to the greater Akron metropolitan area.  I was rather surprised she even needed a phone.  I am sure that she was loud enough for whomever was on the other side of the phone to hear wherever they may be. 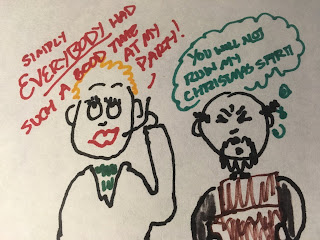 Grrr!  Why is this SOOOOOOOOO annoying???

Then I'm driving home and listening to the radio - something I don't do that often but I wanted my mind off of the situation.  The Catholic radio station to which I was listening said, "We are going to play a homily from lent of last year."  I'm thinking, "Why lent?  Why not an old advent homily."  And then the priest quoted Scripture . . . 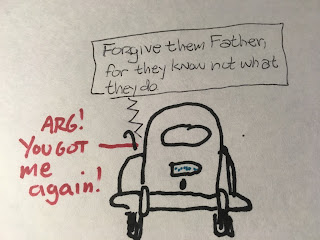 These people with the loud cell phone talk get to me every time!

What Catholic radio station do you listen to? Do you ever listen to The Catholic Channel on Sirius/XM?

St. Therese, the little flower, had the same bad experienced about the destructive noise when she was praying in the church but she turned that bad noise as music in her ears and instead of falling into bad mood she offered everything to our Lord and God Jesus , pray for that person causing the disturbance. Yes ! The Lord always turn every sorrow into joy !!!

Noise is life itself !

What a nice comment! Nice to meet you. I live in a different country from you. Your writing will be of great help to me and to many other people living in our country. I was looking for a post like this, but I finally found 토토

Hi my friend! I want to say that this post is awesome, great written and include approximately all important infos.
I would like to look extra posts like this . 경마사이트

You are truly a just right webmaster. The site loading speed is incredible. It seems that you are doing any unique trick. Also visit my site: 온라인카지노