GUEST BLOGGER - IS IT TIME TO RETURN TO THE SACRAMENT OF RECONCILIATION? 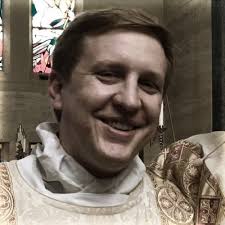 Guest Blogger:  I am happy to have as our Guest Blogger today Deacon Michael Petkosek.  He won't be a deacon much longer as he will (if God wills it!) become a priest for the Diocese of Cleveland this spring.  Here is a reflection he gave on returning to Confession in the advent season.  Thank you Deacon Petkosek.  Please keep him & his class in your prayers!

My return to the active practice of the faith took place on a Saturday afternoon in 2006. I was a young professional and had just begun my career at Wright-Patterson Air Force Base in Dayton, Ohio. The ruckus of college living had by then settled into a more mature focus on career and the necessities of life. Spurred by the disciplined atmosphere at Wright-Patterson of serving something beyond oneself, I began a serious reflection on faith and the state of my life. It had been years since I last celebrated the Sacrament of Reconciliation and I knew that I had misarranged my life during that intervening time. And so it was that I turned off college football on this particular autumn Saturday, sat in the corner of my bedroom, and practiced out loud the words of an honest confession. Then I went to the local parish to come face to face with God through his priest, and found the welcoming forgiveness of the Prodigal Father. I was home. 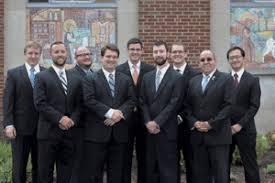 Returning to the Sacrament of Reconciliation can be difficult if we have been away. Often, as in my case, the weight of a misdirected life compels us to return and we find ourselves finally running in desperation to the Church and her ministry. But that is not necessarily everyone’s story, and sometimes we may need the right situation to draw us toward this sacrament that we know ourselves to need. Advent is that situation.

The Season of Advent is the turning of the liturgical year for the Church. It is a time of hope that anticipates Christmas and invites us to renew and deepen our life in Christ. A feeling of resolution pervades the whole Church as she resets her calendar, and the opportunity for a fresh start calls us to make resolutions in our practice of the faith that will enrich our lives this Christmas, over the coming year, and for the eternity of our existence. 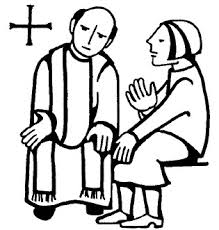 An examination of Christ’s ministry may help to lessen our fears if we are struggling with the courage to approach the Sacrament of Reconciliation. We should keep in mind that when it comes to the forgiveness of sins, we are dealing with something that Christ did during his time on earth. The Evangelists clearly regarded Jesus as someone who possessed the authority to forgive sins and exercised this divine prerogative. We need to look no further than Jesus’ encounters with the paralytic in Mark’s Gospel, the woman caught in adultery of John’s Gospel, or the sinful woman forgiven in Luke’s Gospel to find the early Church’s profession of faith in Jesus’ ministry of forgiveness. We should also be encouraged by the reality that it is this same ministry that continues in the Church. It is in John’s Gospel, where the Last Supper Narrative most directly relates to the continuation of Jesus’ work through service to others, that these words are attributed to our Lord, “As the Father has sent me, so I send you… Receive the holy Spirit. Whose sins you forgive are forgiven them…” (20:21-23). There is not a more clear Biblical account that situates the forgiveness of sins as an action of the Church.

Coming to grips with our sinfulness can be scary. But, we should not let ourselves be fooled by the false notion of God as an administrator of punishment. The Good News is that God loves us in the midst of our sin and is constantly at work in drawing us to himself, even when this takes the form of being called back to God—like my experience of return from a misarranged life. In the Parable of the Prodigal Son, the other half of the story is the Prodigal Father who never stops loving his wayward son. The father so hopes for his son’s return that, upon seeing him afar off, runs to meet him and never speaks of the incident in any other manner than my son has returned. The son had suffered the consequences of his actions—the effects of sin—but these are repaired upon returning to his father. The son is restored immediately by a father who longs for his presence. This Prodigal Father is God and the entire parable represents the experience of our sin. God is always eager for our return and the Sacrament of Reconciliation brings us back into the Father’s house, clothed with dignity, as the Prodigal Son was restored to his father’s house. 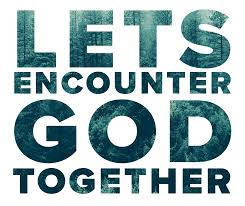 The celebration of the sacrament is meant to be an experience much like a Gospel encounter with Christ. We should say to the priest what we would say to Jesus if we were a penitent who encountered Jesus in a Gospel story, for indeed we are. The stern formality once associated with the sacrament exists today only as a caricature portrayed by the entertainment media. Instead, the rubrics of the liturgical rite that guide the celebration of the sacrament are almost transparent and are intended to facilitate a conversation. The priest is to serve as a visible instance of God’s welcome and mercy, someone who helps us to experience what the paralytic, the woman caught in adultery, and the sinful woman once experienced. The Church’s intention is to invite us to make a thoughtful examination of our conscience—to help us evaluate our circumstances honestly as did the Prodigal Son. We are not necessarily directed to produce an exhaustive list our venial sins, but a state of our life at the present moment; we should talk about sinfulness as much as we name specific instances of sin. Of course, any grave sins that an examination does reveal to us need to be named specifically in the confession.

As we approach Advent, my hope is that you will desire to encounter Christ through his ongoing ministry in the Sacrament of Reconciliation. The Father desires this privileged encounter with his mercy for you; the priest in the confessional is the Prodigal Father running to meet you. I can attest that that Saturday in 2006 was a Gospel story that has been added to the entirety of Christ’s work. In the Story of the Young Professional, I am as a contemporary of the Prodigal Son. May this Advent lead you to the same joy, especially if you have been away.