St. Sebastian Parish was not just successful.  “Success” as such could come from having many people who provide the funds to keep the parish operating.  But Father Zwisler was not satisfied with this.  Everything that the parish did had to be done well.  Liturgies first and foremost had careful attention paid to them.  Everything from the running of the school to the buildings and grounds to the running of parish activities were intensely tended to with both efficiency and the idea that they had to be done beautifully.  This intensity insisted upon by the pastor is probably the very thing that made him successful and popular with his people but also difficult for so many priests to live and minister here. 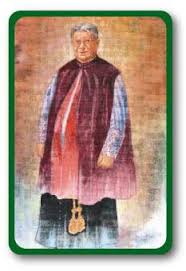 Father’s achievements, however, did not go unnoticed by the bishop.  For his outstanding and successful work in establishing a parish and school, for creating a model for parish buildings and grounds, and for his love and devotion to the Church and to the faith, he was made a Papal Prelate by Pope Pius XII.  From this time forward, Father Zwisler would be known as Monsignor Zwisler.

The term “monsignor” is an honorific form of address for those members of the clergy of the Catholic Church who are recognized as performing some great service for the Church.  Besides use of the title, being named a monsignor means that one may wear red piping on one’s cassock and is technically afforded certain courtesies such as having a privileged place in diocesan processions.  The Diocese of Cleveland no longer gives this title to her priests and more recently, Pope Francis has largely suppressed the practice.

Accounts say that Monsignor Zwisler accepted the title graciously saying that the honor was really bestowed upon the people of St. Sebastian rather than himself.

Father, why exactly is it that the office of monsignor has been abandoned in Cleveland and elsewhere? Just curious. I think it is a splendid way to recognize the efforts of those priests who go above and beyond their duty to the Church to bring Jesus and the Gospel to their people. I can remember, growing up here in Akron, priests with that title (and without it!) who worked so hard to build up the Church here.

Easter blessings to you and all at St. Sebastian.