THE FOURTH ADAM'S ALE GET TOGETHER

The fourth Adam's Ale get together took place last weekend. It was a time of prayer, art, friendship, deep discussion, and bit of goofiness. This was supposed to take place whilst I was a parochial vicar at Saint Clare in Cleveland with time on my hands, not while being a new administrator in Akron with a tight schedule! But I think it all went rather well none-the-less. 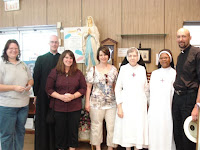 The first day was a visit to Our Lady of Lourdes Shrine in Euclid. It is run by the Trinitarian Sisters who Lillian Marie plans to be joining in a few short months! We had a tag team tour of the shrine by the sisters pictured here and we ended the visit by praying Liturgy of the Hours and the rosary in the shrine chapel. 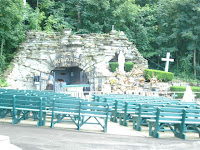 That night Lillian Marie and her family hosted a cook out at their house. After a fine repast and some terrible joke telling a vote was taken and we decided to watch the Princes Bride, introducing the movie to Uncle Jim for the very first time. Inconceivable!
The next day, the re 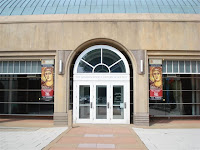 ason for the get together, we met at the Western Reserve for the Vatican exhibit. If you do not have plans to go, please reconsider. It was well presented. They handled the crowd well and we did not feel rushed or overwhelmed by the number of people. The art itself was exceptional on many levels. This is our patrimony, our history, symbols of our faith. One cannot help but be moved by the art. That was the purpose for it being commissioned in the first place; to engage the not just the intellect but the senses and the emotions as well. That is what it means to be Catholic, to eng 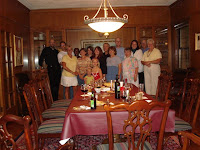 age the whole person on every level. It becomes evident why purchasing catalogue art for the parish is such a shame and sells us so short (though I know, I know, it is sometimes necessary. But I do not have to like it.) It should also be a reminder that we are, as Church, patrons of the arts as well as caretakers. Thank goodness nobody saw these things as products of a by-gone era in the Church and sent them to the Goodwill. The gravitas of the items al 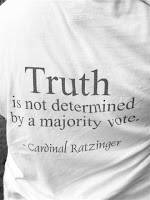 so helps instill in us the importance of the otherworldly realities with which we are dealing and how of ultimate worth those other worldly things are since we spend so much care with the earthly things we use to point toward them. 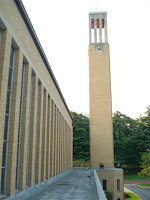 Ah well, enough of that.


Mass back down in Akron was next followed by dinner in my new rectory. Fr. Schnipple celebrated mass the next day at 11:00 (Sunday) and then off the local art fair. Dinner was planned but some how we ended up being satisfied with the delicious brownies that L. M. made. Boccie on the lawn was played and then a climb up to the top of the bell tower. 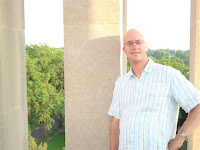 Fr. Schnipple and I were the only ones to make it up. What a beautiful sight it was! We could see for miles and the trees being so large in this part of Akron made it seem a 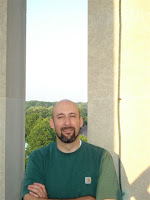 lmost as if we were in the middle of a woods.


We were just about to start down when who should appear but ADORO who braved her phobias and climbed up also! Of course the problem was getter her back down. But with a little coaching from Fr. S, all went well.
C. brought a game (Catchword I believe it was called) and we spent the last of our time together laughing around the table.
Thank you everyone for helping out or turning up for the day! 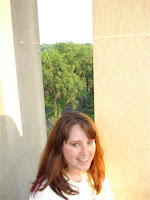 Till the next get together!

It was an awesome weekend, so glad I was there! I sure can tell that photo of me was taken by a tall person....

so sad to have been there for only half of it ... but what we got was plenty

I just updated my post to add in the bell tower...including a photo from inside.

My niece asked, "What'd you guys do for fun? Have holy water balloon fights? Ha-ha-ha-ha!"

It really was a great time this weekend. Thanks to everyone who made it so much fun.

It was a great weekend - making new friends and seeing old ones. Adoro was right - it felt like a family reunion!! Can't wait to see everyone again!!

It was nice to see some of you again, and to meet some of you for the first time. The Vatican exhibit was great, I just wish we could have joined you for the rest of the get together! It sounds like it was a really nice time!

Great photos! If Adoro had seen a spider...well, she'd still be up in the tower!

Are you KIDDING me? If I'd seen a spider, I would screeched and let go of the run and I would have been OUT of that tower SO FAST I might have been willing to go over the edge from the top!