WHY DIDN'T THE SEMINARY KNOW?

I assume you are up on the goings on in the Diocese of Cleveland.  I was rather surprised by a priest friend visiting from PA that he hadn’t heard about it.  I would have assumed that it was national news - and maybe it was but it didn’t hit his radar screen. 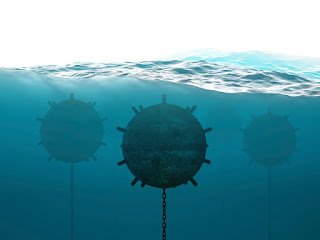 In our day, there is a tremendous amount of time and resources invested in vetting a man who is going to potentially serve as a priest in the Catholic Church.  Over the course of six to nine years, a man is constantly under observation, formation and review as he moves toward ordination.  Not an hour or so a week but constantly - daily.  On a regular basis, he is interviewed by, works with and is formed and evaluated by clergy and religious, lay men and women of all ages, Catholics and non-Catholics, psychologists, various professionals and non-professionals and taking numerous and on different occasions as they pass through the years psychological and other tests and evaluations.

So, how could the seminary not know that this man might be unfit for orders?

There are two (perhaps among others) answers to that question.  The first involves marriage.  Ask any priest of some seasoned years about marriages that have broken up after 10, 15, 20 years because all of a sudden the spouse discovered something about the other that that person had kept successfully hidden for decades.  How could this person you are “one” with, shared a bed, parented and went to Church with not know this secret?  Yet it happens.

The other for this article is this: Psychological tests and such are great for detecting psychological problems, but they often fall short of being able to detect evil.  Evil is not their purview necessarily.  But evil always makes itself know - at least eventually.  That is when it is important to be community - to be Church - and to deal with it and remove the evil from our midst (which is why accountability by all is so important especially when it comes to the most vulnerable among us.)

Setting aside Fr. McWilliams's dreadful and inexcusable example, I stand by my belief that the recently ordained priests of the Cleveland Diocese (for the last 10 years or so) are *exemplary* priests. I include the living testimony of the outstanding priests we have been blessed with in the Akron area - Fr. Jordan, Fr. Bearer, Fr. Simone, and my own good pastor, Fr. Zerucha. I include you, Fr. Norm, and Fr. Frank with them - we are extremely blessed in our cluster. All are good, faithful, and joyful priests, who are very hard-working and dedicated to serving the Church and the children of God. And all are without exception very well-loved by their people. Personally, I do not know how we got so lucky to be sent such fine men, but I am so very grateful we were.

All the devil needs is a tiny crack in our faith lives to gain entrance. God bless and protect *all* the priests who serve the Church so faithfully, especially those who have moral weaknesses. Sue from St. B

This is an excellent article. I think you should post on your face book page, so it can be shared with those who do not read your blog.

A family that lives next door to a close family member of mine has a grown son with mental health problems, for which he was receiving treatment.

A few months ago it was discovered that he was sending threatening messages to his boss. The police were called and they came to his home (it may the local news). A search found firearms and some ammunition hidden there.

His parents were shocked and devastated. They had no idea about the messages, let alone the firearms.

The son is now in a prison/mental health facility, receiving more intensive treatment.

I mean no disrespect, but you would have eagerly endorsed Fr. McWilliams before his arrest. The "I know my priest and he wouldn't do that" mentality helped to create this mess, as the victimized felt powerless against loyal parishioners.

God willing, the priests you mentioned are fine and upstanding... but if one of them happens to be struggling with evil, it stands to reason that they won't be giving you a heads up. Food for thought.

I remember learning at virtus training that pedophiles are very patient and can take years to get into a trusted position so they have access to victims, then take years grooming their victims.

I think hubris is a factor too; once getting into position, Fr was confident of not getting caught.