TUESDAY QUOTE OF THE WEEK - CXIV

Dr. Trew sent this in and it is well worth noting. You might remember when Adam's Ale gave you the heads up about the film "Bella" and the screening at Tower City in Akron where the audience got to meet the star of the film. Well there is going to be another worthy and worthwhile film coming to the same venue called "The Human Experience." You can view their website here. The trailer below is about two and a half minutes:

"Young men, brothers from Brooklyn, search for meaning in this perfectly sincere and pro-human documentary tale. Laden with their own emotional scars inflicted by an abusive father, they travel to places where human suffering far exceeds their own—among the homeless in Manhattan, at a Peruvian home for lost children, with HIV/AIDS sufferers in Ghana, and in an African leper colony. Without a whiff of preachiness or sentimentality, this extraordinary film reveals the dignity and resilience of the human spirit, the joy of living, and the value of suffering."
- 2008 Maui Film Festival Review 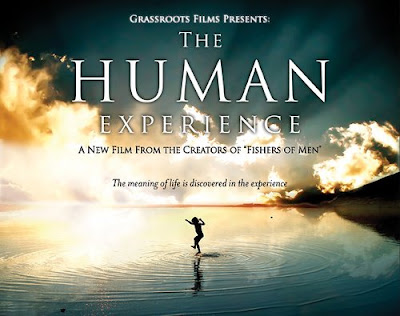 The movie will be Thursday, may 21st at Tower City Cinema (Cleveland). Movie tickets are $5 or you can bring the following items: diapers, baby wipes, toothpaste, toothbrush, canned food. Only 600 seats available. From 6:00 to 7:00 there is a networking hour, 7:00 to 8:30 is the movie premier, and at 8:30 there will have a meet the actors and Q & A session. Anyone interested in going?

"Sex Sermonist's Heroes: Pope John Paul II and Hugh Hefner" This is the title of an online ABC article on Christopher West and Theology of the Body that you can find here.

The Diocese of Cleveland Enewsletter asks, "Did you know Did you know, at CatholicMom.com we celebrate all things Faith, Family and Fun from a Catholic perspective?"
P.V. sent this in: "The United States Conference of Catholic Bishops (USCCB) has launched a new “Oppose Destructive Stem Cell Research” campaign, which urges citizens to contact Congress and the National Institutes of Health (NIH) to oppose embryonic stem cell research and support ethical cures and treatments. The campaign is facilitated by the USCCB’s partner organization, the National Committee for a Human Life Amendment (NCHLA).The NIH proposed guidelines for federally funded research will require destroying live human embryos for their stem cells. The draft guidelines are open for public comment through May 26.

TAKE ACTION: The website https://mail.neonet.org/owa/redir.aspx?C=971e36e1e0804fc0acf652121d748abb&URL=http%3a%2f%2fwww.nchla.org%2fstemcell enables citizens to send messages to Congress and then to the National Institutes of Health."
Posted by Fr. V at 3:48:00 PM

"We need to be servants of Christ. Not servants to other's emotions...."

Thanks very much for this quotation, Father.

Love Fr. Fulton's quote. It surely is a struggle though.
I would like to go to the movie.

Movie looks excellent. I would like to go see it.

Movie sounds good. Count me in.