I'LL GIVE YOU A TREAT IF YOU PROMISE TO LIKE ME

You might remember a post a little way back talking about how in cities certain people are gatekeepers. In a city where you are not inclined to stop just anyone and talk to them there are recognizable people that for certain reasons you would approach. Some of these are police officers, transit authorities, and gas station attendants though the last is becoming less popular as we automate stations and place bullet proof screens between us and the attendant should actually need to talk to them. Then there are, of course, priests and religious who where identifiable garb. They can be safe harbors for those in distress and need someone to talk to. This is why one rather well known Catholic thinker to commented that for those who are supposed to, “. . . it is unfair that they do not wear the collar.” 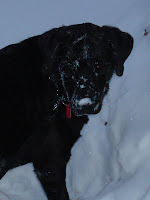 Another gatekeeper is a dog. (Like police or priests you have to be disposed to liking them first of course.) But it is amazing to see how hard people work to be liked by a dog. Even dogs that like to roll around in stuff like this: 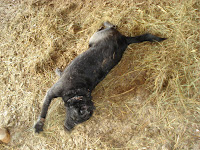 Every trick in the book is used to win the beast over and make them his best friend. There are bribes such as treats (which he has had enough of for the next three months) and affection, baby talk, toys, promises of walks, and every other means of persuasion that you could imagine to win his undying admiration. 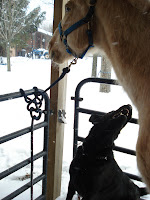 This made me think how little I sometimes try to win over someone who does not like me, does not mind me, or who annoys me. Why would I not work so hard with a person as I would with a dog? Of course, sometimes dogs seem more reasonable. A couple of tasty treats and all of a sudden they think you are the best thing since – well – an automated snack dispensing machine. It may take years of prayer and practice to win over an enemy – if ever. But perhaps God provided us with dogs in order to give us practice and patience to work on humans. 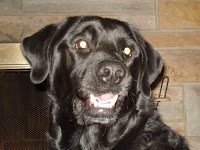 If you mean parishioners, perhaps a monthly or quarterly parish potluck (or post-Mass coffee) is the needed "treat" for any of us --it makes a difference to dine/visit with our priests.

Fr V.
So much talk about pets lately.... so have you found yourself a puppy or not?

That's pretty much him.

Poor S. - The idea is being kicked around - not quite that ambitous but even so - our problem is space. But that might be overcome.

I don't think I've ever worked that hard to be liked by dogs...they tend to like ME! lol

But you're right...I don't work that hard to win people over. Often because it would seem patronizing. Getting along with people is easy for me, but there can be personality clashes, etc. Part of life. Yeah, I gotta work on praying for my "enemies". They don't respond to treats. I've tried that.

Dear Father, Very profound post. Both dogs and babies "pull" care for themselves from their environment. I like dogs, so it is easy for me to want to win their friendship. And it's not difficult to do. But as for people I don't like....well, I am not motivated to win their trust and affection. I don't want to. Therefore, your post has reminded me to pray for the desire to do it.

You crack me up. Subtle introduction!