ram stunning. As it turned out, because of a friend from my last assignment who is a singer with the Cleveland Orchestra Chorus I had tickets to the rehearsal the Wednesday before. They have the briefest of programs for the rehearsals however and so it was nice to have the true program with some further insights into the music.

One of the pieces was the, “Glagolitic Mass” (Slavic Mass) by Leos Janacek. According to the program notes, “Glagolitic is the flowery alphabet invented by two 9th-century missionaries, Saints Cyril and Methodius, who set out to evangelize the Slavs. The Cyrillic alphabet later replaced Glagolitic. (Despite its name, the Cyrillic alphabet was the invention of one of Cyril’s followe

rs.) Thus, the title Glagolitic Mass refers not to a language but to the earliest alphabet designed to transcribe Old Church Slavanic.” So, for example, the Lamb of God or Agnus Dei is rendered Agnece Bozij in the language that for a time in the East played a parallel role that Latin did in the West.

The rehearsals are quite a different thing to attend than a regular concert. To begin it is open seating so if you are late you could end up sitting in a seat that quite frankly is probably the best seat I could afford at a regular concert that I had to pay for and thus not great. The orchestra and choir are shorn of their tuxes and black dresses and perform in jeans and sweaters mostly. (It was fun picking out who looked like our idea of an off duty musician and who out of context like a character that walked into

the wrong set of a movie shoot.) There is no clapping. But the best part by far is that you get to hear Franz Welser-Most’s notes to the orchestra after they finish a piece. Sometimes in going back over a piece he would interrupt the music and say something along the lines of, “It’s about the color!” which of course meant little to me and my sister who was able to join me, but made a wonderful difference when the piece was then repeated showing why they are professional musicians and I listen at free rehearsals.

The most interesting part was when they were fine tuning the Agnus Dei. “You must know the theology of what we are singing,” he charged, “You know this because we have done this before. Know it and sing it with expresivo or it means nothing!” This is part of the radiance of this musical ensemble’s performances. 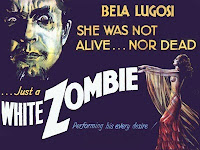 rful things. They perform every piece that they do with technical brilliance. But there seems to be a disconnect between the meaning of the texts and the hearts of the performers. This past year I purchased a CD of their performance of Handle’s Messiah. One night in advent I put it on as I ate dinner thinking it would be nice to listen to. Half way through my meal I through my fork down, stood up, pointed my finger (I can be a little dramatic – that happens when you live alone) and yelled at the infernal machine pumping out the music, “You might as well be singing about the Staypuffed Marshmallow Man’s mortal combat challenge with Frosty the Snowman!” It was like a beautiful Zombie, wonderful to behold but lacking a soul. So I switched to, “A Cool Jazz Christmas,” for at least they believed in what they were singing which always helps the digestion.

But Most’s comments have stuck with me. How true the statement is that we must know the theology of what we are saying and to proclaim it with meaning or else we are missing out on so much. W

e can be speaking such gorgeous words but with little soul. But when we unite both, how truly beautiful and powerful they become.
Posted by Fr. V at 7:05:00 PM

HOw many people would play those pieces if they knew what they meant?
It is just like the presidential race and inaugaration. They had some quotes, but they sure as heck, have no idea of what they mean. The only one that was close to the truth had to do with the quote of which wolf to feed. At least they knew what we are truly capable of. NOW....if we can just explain how wolves are dangerous...

Dear Father, I was just reading a reflection by Fr. Bob Franco in the January issue of the Fraternity of Priests newsletter: "Think before you pray. Habits without faith can become lifeless, outward practices that a person fulfills only to get on with the rest of life. . . . Even before an opening invocation asking God's help, I find it helpful to pause and recall whom I am speaking with. . . .[then] I am more able to pray and not just say words."