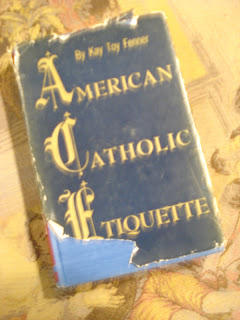 Today is just a cleanup of some last notes about ordination.  It is interesting to note how many times Mrs. Fenner makes reference to “The priest and his mother . . .” It almost seems that Dad has been excused or is late of our company.  Modern senses might want Dad to be far more involved.
That being said there is a practical reason Mom is so relied upon: the priest does not have a person with whom to exercise the duties of hospitality at his own reception.  He has no bride.  And the reception is not so much being thrown in his honor as it is he is throwing a reception for those kind enough to have shown him support over the years.  A priest needs his Mother.  Apply that as you will.
Seminarians: in general, you will need to warn your mother about what will happen to her as you near ordination.  She will receive a lot of attention.  More than if you were getting married.  The larger community has a stake in your new vocation in a more visceral way and since you are away at seminary she can become a lightening rod of attention.  I remember my Mom being warned by mothers who went through ordination and she then warning mothers of future mothers of priests about the attention that they will receive. 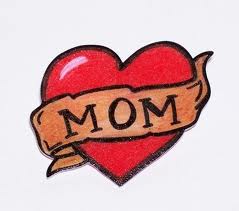 That is not to say that things are not expected of the father.  It is traditional (but not mandatory) that the dad give a toast at the reception followed by words of the pastor and then the newly ordained.  Monsignor Manners highly suggests that you have your remarks prepared in advance and that you keep them concise as possible.  People want to hear you and when you take the microphone they will have broad smiles and shining eyes.  This is a highly emotional event and you most likely will be quite overwhelmed.  There is a (horrible) tendency to begin droning on and on, repeating yourself, over and over; going over the same things again and again, then remembering someone else to thank, and declaring how wonderful you feel over and over. (Get it?)  At this point smiles will become strained, some of the sparkle in people’s eyes will fade, and your friends from seminary will start snickering.  Don’t be that guy.  People will be afraid to come hear your homilies.
The new priest should also be prepared to give some gifts.  Generally there is a reception after the rehearsal – especially for the seminarians and your MC who will be helping out with your first Mass.  Mom might make something (or Dad grill something) or just order pizza.  Nothing fancy is needed.  If you have relied heavily on your MC and/or pastor, some small token would be appropriate.  They are instrumental in making the day run smoothly since you most likely will be torn in twenty different directions. 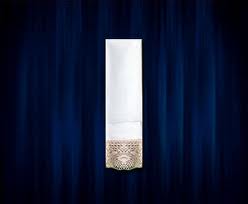 Then there is something for Mom and Dad.  A traditional gift for mom is the manutergium.  Most technically this no longer exists in the ordinary form of ordination.  At one time it used to catch the excess Chrism oil used on the priest’s hands at ordination.  Today, the priest wipes his hands on a purificator.  But carrying on the tradition, Monsignor Manners had a purificator made (that I had over my cincture) that had, “In honor of my sons ordination.  The Rev. John A. Valencheck DATE” embroidered on it (white on white), which I gave to her at the reception and with which she was subsequently buried when she passed.  If you are not into such things there are many other meaningful choices.
One idea that a classmate came up with was a pen.  Each to-be-ordained must write a letter to the bishop asking for Holy Orders.  We purchased nice pens, wrote out our letters, made a photocopy of the letter and gave it and the pen to our fathers as a thank you gift.  Be creative.