I am ranting today. You may want to skip this post.

I have a new person to add to my list of heroes. Her name is Jennifer Cakir and she is sad about the parish closings in the diocese of Cleveland and is honest about her role in it. She says in part in her letter to the editor, “I am ashamed to admit that I was one of the many West Side Irish Americans who felt connected to St. Coleman due to my ancestry and the St. Patrick’s Day Mass tradition, but I did not support the church the rest of the year . . . remember that, if we are privileged to win this battle (to keep St. Coleman open) we need to support the church financially as well as physically by filling the seats throughout the year.” 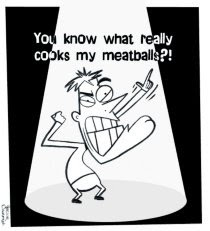 A good number of years ago there was a letter to the editor that blamed the Church for the lack of priests. The Church should do more to get more priests, the writer penned, and because they did not we are going to be short on priests and my parish may have to close.

Now, there may be a certain amount of legitimacy to this claim. But the writer the next week hit the rest of the nail on the head when he wrote that he agreed that the Church had failed to cultivate more priests for her altars, but he went further to ask the question, “But who is the Church?” Is it a man in an office in downtown Cleveland? How can he possibly reach all the young men of the diocese? We are all “the Church” and the question must be asked how many of us promoted the priesthood among our children, how many made sure they spoke well of the priesthood, how many suggested to other young men that they saw something in them that would make them

a good priest, how many of us volunteered to teach PSR or work with kids so that they may have a more positive experience of Church? There is not us and “the Church,” we are all Church and we all need to work at the problem as one.

So now Cleveland is closing parishes in the inner cities. I am rather sad myself about many of the closings. And now the accusations are coming that “the Church is abandoning the city.” Yes, we have. Not completely but to a great extent. And the “we” is not only the institutional Church. In fact, institutional Church is among the last hold outs. If the people who make up “Church” were still in the city we would not close parishes but the “Church” moved to the suburbs and then further out again, the Church abandoned their parent’s homes, the Church decided to have smaller families, the Church did not return regularly to the city to attend Mass and pay for the upkeep of these buildings, and most of the “Chur

ch” didn’t give two figs about those buildings and parishes unless there was holiday or a bus trip to show off architecture and then complained that they wanted to get back on the bus because the neighborhood scared them.

So now the accusations are starting: The Church is abandoning the inner city poor – yet the same people say they want the diocese to spend millions of dollars a year to keep buildings open and in good repair along with the staff needed to maintain them for congregations that are by and large no longer there. People want healthy parochial schools and fine parishes in the places to which they have moved, but they also want tons of money sent to the inner city that will somehow appear magically without asking for any more money in the pew. There is a claim that the diocese is not being a good steward of the properties that were entrusted to them in the city but it is rare among those who make that claim to hop on the highway every Sunday to those grand edifices that they see as they dart as quickly as possible through the city.

Now I don’t want to say that some people do not have legitimate concerns. They do and I wish them luck and offer prayers for their endeavors. But concerns need to be spoken not in anger but in well thought out argumentation. Along with what you want the diocese to do about a particular parish MUST be accompanied by what THAT PERSON is willing to do.

and our old buildings. I wish, I wish, I wish. But wishes do not accomplish anything or I would have several million dollars and full head of hair. If I were able and wanted to save the life of a parish or neighborhood I should put my money where my mouth is and move there, worship there, invest there, and encourage others to be there. After 2012 there will still be MANY parishes left in the inner city, if the Church wants them to remain – then the Church must do something now!
Posted by Fr. V at 6:05:00 PM

Everything you say is true. And in our diocese, there's a good chance what's happening there will happen here in the near future. We have a lot of ethnic parishes that have very small flocks. They are very attached to their parishes, but simply CAN'T contribute to the upkeep. If there's no money...there's no parish.

I'm not looking forward to what we all know is coming. And although our seminary is bursting at the seams, there still aren't enough ordinations each year to cover the retirements, etc. :-(

Rant away, Father, rant away. It's well deserved.

Very well said! Bravo!!
I always love when the people complaining don't want anything to do with fixing the problem. As you said, they see the buildings as they dart through the city. Someone else, however, should be attending mass, giving money and become involved in the parish.

I agree your post is not a rant. It is a real side of the story, one of the real reasons that parishes are closing.

I have thought similar things when I read articles where people are complaining their old parishes are closing, but they never go there unless there's an event to attend. I have read people who sound like they want the parish to remain open so their parent can be buried from X parish or that they wanted to go back to their old parish to get married.

I wish that more people would understand that we are the Church we are not a parish isolated from everyone else.

My struggle is with someone whose parish is closing and they have nothing good to say about the situation and see nothing wrong with the fact they do not go to church regularly.

Mary B in Southwest Cleveland area

Excellent post, Father, and not a rant at all--just the facts. Once again, you've given us a lot to think about.

PS A full head o' hair ain't such a much. A million dollars, though...

The Bishop closing these churches is no different than when McDonalds or the GAP closes an underperforming store.

Since the cost of underperforming assets have already been amortized long ago, any additional value the Diocese can gain by stripping out architectural features such as windows or copper piping is just icing on the cake.

Remember this is just business.

It isn't economically justifiable to keep an out of date facility open for just a handful of customers if you can build a brand new big box facility with highway access and lots of parking that will serve thousands of consumers, and maybe make inroads into the youth markets that the competition has be more successful at capturing.