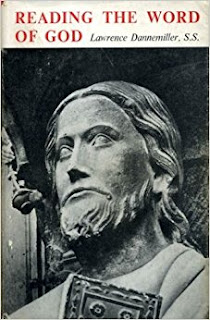 There had already been three vocations to the priesthood from the parish.  The fourth however was an ordination that took place at St. Sebastian Parish.  According to a full page article into Sunday, June 4th Akron Beacon Journal, the Rev. J. Lawrence Dannemiller became the second priest ever ordained within the city limits.  Normally, priests are ordained at the cathedral in Cleveland.  The other priest so ordained was in 1847, just a little more than a century earlier.

The paper ran many pictures of the day including one of the procession to the church in which it stated, “The procession preceding the ceremony wends through the picturesque grounds of St. Sebastian.”  More than 600 person were reported to be in attendance.

Fr. Dannemiller was the first son of the parish to be ordained whose entire elementary school education was at St. Sebastian Parish School.  He was ordained into the Sulpician order which is perhaps why the ordination was in Akron and only for him.  He most likely served teaching in a seminary, the training of priests being a charism of the Sulpician charism.